"I do not like that presumptuous Philosophy which in its rage of explanation allows no xyz, no symbol representative of the vast Terra Incognita of Knowledge, for the Facts and Agencies of Mind and matter reserved for future Explorers." - Samuel Taylor Coleridge


*note: this is an updated version from the original manifesto first published somewhere in 2005 (?), I wouldn't normally have republished it but here it is anyway. It is related to the Crystalpunk Manifesto for Psycholudology published here earlier. 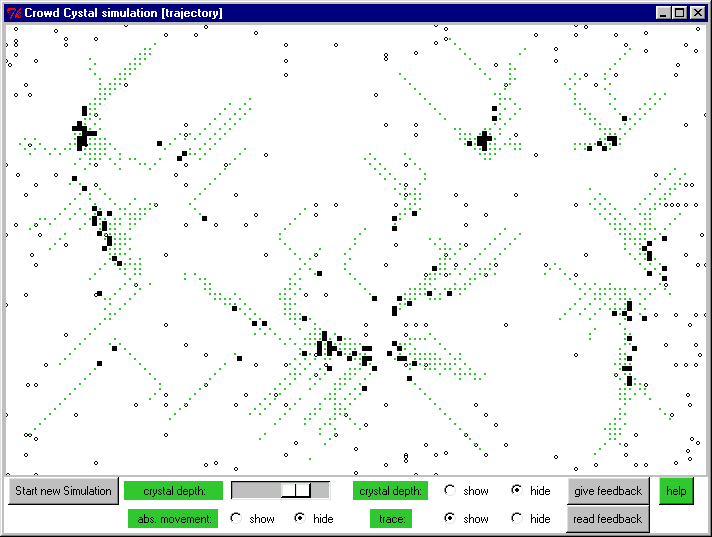 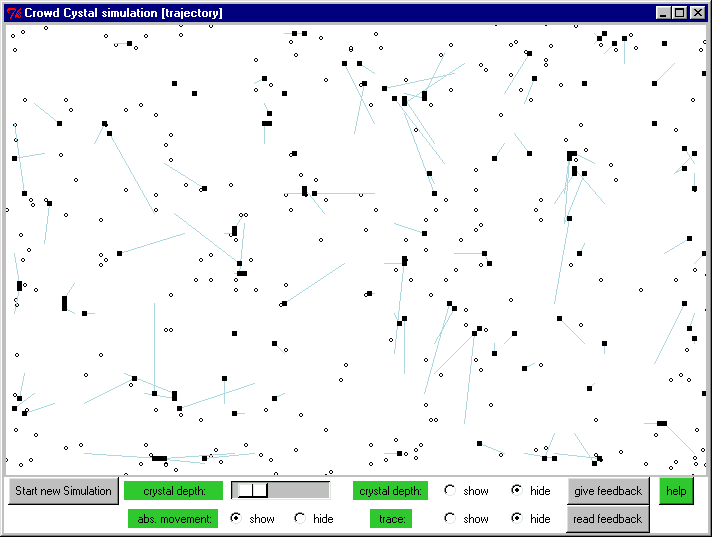 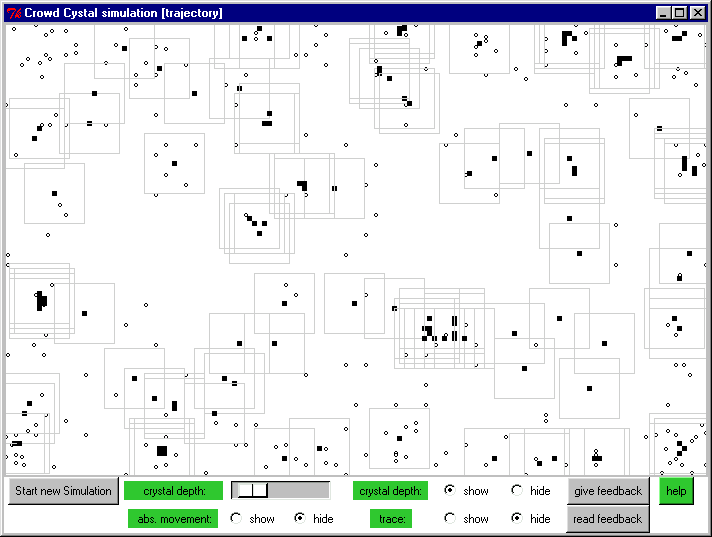 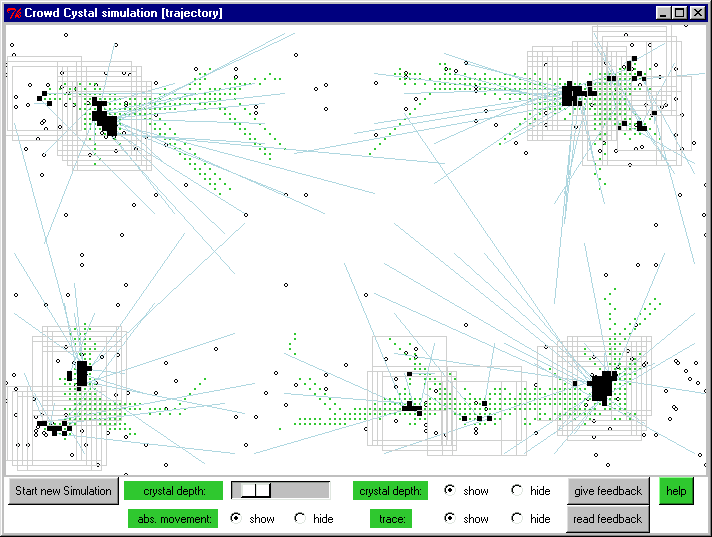 Without prior warning, while reading or while watching television or while doing the dishes or while wandering about or while drinking beer or while doing nothing at all, it might happen that something breaks free and takes over ordinary vision as if the cuckoo is taking over the clock. Is it moving? Is it static? Is the sheep very small or just very far away? It’s hard to say. The mind automatically tries to fill in the blanks when confronted with fragments of a larger sequence of images and this Crystalpunk manifesto is a Coleridgian extrapolation from incomplete data generated by my brain into the modus operandi of a future crystalpunk movement rocking the cradle of consensus reality.

At the beat of neural matter reaching temporary boiling-point a black rectangle launches itself into a formless clutter of other black rectangles: a silent and miniscule explosion,  impossible to stop and impossible to accelerate. At the speed of one rectangle at a time, a hybrid conceptual structure is finding shape, gaining critical mass, gradually, slowly, to become a tangible sensation. These images are not caused by invading Etruscan demons nor am I hooked on some mind-expanding drugs; what I see, and seeing is for want of a better word, is a ricochet of the symbolic representations of crystal growth studied in fierce, exhausting, daylong sessions behind a computer monitor. Software as a monocle for your third eye.

Last summer while browsing for nothing in particular I found a copy of the survivalist-hippie classic The Last Whole Earth Catalogue that somehow ended up in the bargain-bin of a second-hand bookstore, useless to the shop-owner who liked it but couldn't sell it to his dull customers (he specializes in art-history, what more do you need to know?). Among many other goodies (Cybernetic Serendipity, eski diagrams from Nelson's Xanadu) it contained the picture of a home-grown salt-crystal on a string. It struck me there and then that growing crystals is the new punk-rock, that crystals are to a future breed of crystalpunks what the electric guitar was to punk: a cleansing of the slate, a rebooting of expectations. Revolutions produce nothing but noise at first, but slowly, while control over the instruments continues to grow, music starts to emerge, music which isn't caught up in empty exercises of style, punk allowed instinct to amplify natural rhythms lost in prevailing grand theories of yesterday and the cultural hegemony of artistic specialisation. The programmability of crystals; chaos evolving into complex physical structures hands-off, are properties to be explored in kitchen sinks and garages the world over. But the mineral world is not the only realm where crystals self-organise with aggressive carelessness, the mind too sings its tune as Thomas Carlyle discovered a long time ago:


"As in some chemical mixture, that had stood long evaporating, but would not crystallise, instantly when the wire or other fixed substance is introduced, crystallisation commences, and rapidly proceeds till the whole is finished, so was it with the editors mind... Form rose out of void solution and discontinuity; like united with like in definite arrangement: and soon either in actual vision and possession, or in fixed reasonable hope, the image of the whole enterprise had shaped itself, so to speak, into a solid mass. "

In all of history the crystal is the most overloaded symbol, used by writers, prophets, medicine-man and orators of all times to express otherworldliness in one clear symbolically real object. Novalis, poet and student of mining, took the crystal to be a dark, soul-eating parasite transforming the human heart into the dead cold of a stone; some believe it to be an early apocalyptic warning against the cyborg. The sentiment is easily understood; is it, after all, not true that it is with more than just amazement we listen to the stories about that Indian sect that refuses to eat anything organic and, consequently, rather suck on amethyst for the rest of their life than touch organic matter, even when it is only centipede-excrement? Mineral cults evoke absolute horror and disgust, suggesting crystal-phobia lurking at the bottom of our instincts. The crystal is an outcast food source and Geophagists  receive shudders of pathethic compassion but clay is nice and nutritional sound in many food situations: it makes lichen palatable and kills excess parasites. There is more to translation than grammar alone. At least one standard metaphorical use of the crystal, that of the crystal as object of utopian perfection, as pure geometrical-molecular-ethnicity, in most cases turns out to be a chemical fiction. One of the most interesting qualities of crystals is their ability to encapsulate alien particles. Crystals too produce noise, as one flaw entered during packing distorts tessellation for ever after.

Crystals can reproduce  but unlike organic reproduction it is an unintentional process, hardcoded in chemical properties, not by means of interpretation of code as in DNA. To help understand the powers crystalpunks will learn to harness, some scripts were written as aids to mapping the bright prospects of DIY crystal growth basement laboratories. These models are by no means a scientific correct simulation of crystallisation as they know nothing about molecule-bonding and all that shit. So what do I see? Each simulation starts at n=0 with crystalline agents and their solvent in total confusion. For each step the bipolar compounds in the system move. When crystalline entities, symbolised by black rectangles, meet their kin they pack into a crystal; the solvent, symbolised by transparent circles, break the crystal when touching it. Or variations on this principle. While this universe ages (n=n+1) dispersed crystalline agents beget shape, packed in such way that the solvent can't break it. The system is stable when all crystals are packed and only a change in the rules can tear it apart. As writing code goes, it takes hours of close attention to fix minor bugs and while wrapping this up, the even more patient work of comparing different rules to their output can commence. The abnormal input of these computer images has distorted ordinary memory-packing and now this black rectangular matter is humming along with some grey matter going Harry Houdini on me.

The Origins of [the Game of] Life

Crystalphobia is an ironic phenomena in relation to Graham Cairns-Smith's theory (made popular in his book '7 Clues to the Origin of Life') that primeval life forms were replicated by crystals before evolution replaced it by DNA. The 'Game of Life', the famous Conway program with its sublime simplified representation of organic reproduction: black rectangles living, dying and being born in a graceful dance orchestrated by simple rules, remains to haunt those who once fell in love with it. One of the theorised implications of Life is that it should be possible to program this rectangle-matter into a fully functional computer. One way to do this is by isolate all rectangle-configurations that are stable and which therefore can be part of a deterministic, man-made, system: the micro-domain as a rectangle-clockwork. My crystalpunk software, (a party with a lot of noise, booze and sugar-coated Goethite to suck on, was held to commemorate its beta-release) borrows the aesthetics from Life, but the resemblance doesn't end at the GUI. Even though a different abstraction of reality is on show, a reality founded on the interaction between hostile compounds, the same sort of order as in Life can be witnessed, the same gliders, pumps and shooters are possible. The major difference is the self-organisation of large, open, pyramid shaped crystals perfectly adapted to not obstruct the solvent but rather to, you could interpret, process it. Crystalgate filters are easily engineered to emit a pulse after a certain threshold of particles have passed it. Time is a programming language. Space is a bug with a feature/future.

"Looked at again and again half consciously by a mind thinking of something else, any object mixes itself so profoundly with the stuff of thought that it loses its actual form and recomposes itself a little differently in an ideal shape which haunts the brain when we least expect it". – Virginia Woolf

The Jivaro and Edwin Muir are right: dreams are experiences, some people experience in them things that change the course of their lives. Dreaming is the moment the mind generates quasi-perception hands-off, like a crystal growing. Rereading the literature about automatic writing, an interesting tradition amidst poetic theory at large (and what else is poetry but non-invasive brain surgery), the parallel becomes obvious. Automatic writing is a conscious and paradoxical effort to tap into the screensaver-mode of the mind; interfacing it directly while self-assembling language, crystallizing on the paper, words like Rorschach test, traditional meaning evaporating like ink soaked-up in blotting paper. The dubious credibility of its practitioners notwithstanding, it is interesting that, during automatic writing sessions, the writer by no means writes in a language she speaks, indeed the language does not have to exist at all. It has been pointed out that all automatic writing tends to resemble each other and you might say that this is caused by all minds obeying to the same logic, just as salt-crystals all look roughly the same and for now we assert as conceptual kludge that growing crystals equals tectonic somnambulism. In the words of Virginia Woolf:


"Fantasticality does a good deal better than sham psychology."

Halfway through writing his Biografia Literaria (truly spectacular, truly spectacularly unreadable) Samuel Taylor Coleridge finds himself trapped in an asteroid field of metaphysical arguments of his own making. Firing at random, hoping to blast himself  a loophole only unfailingly demands another complicated discursive manoeuvre to stay alive. He needs to get out but the shortest path to the exit always outdistances the time remaining to the Deadline. This is what happens when you search for truth, unity and all-embracing coherence: you reach for the sky and it crushes you! But (ALAS!) a Great Writer is also an Escape Artist and Coleridge has one last black hole up his sleeve: he applied Tenuki. He solved the problem by ignoring it on one level and by attacking it at another level and, (LO!) just in time (HA!) a lifesaver arrives. In the form of a fake letter saying just what Coleridge needed to hear in order he can “pull backwards from the boat in order to enter it”. The Tenuki, at the darkest heart of its art, can be a self-fulfilling prophecy: the mere suggestion of the possibility that a surrender may actually be a disguised attack may drive the opponent into a self-defeating paranoia. Or, in the words of Cao Xuegin:

On-screen and off-screen, in physical matter and in neural matter: crystals operate as synaptic agents of self-organised control, remixing pre-existing fragments of the world; if you can see them, they are successful, if you can’t see them then you should start to worry. False memories can be replaced by genuine ones, separate realms of reality can be flattened and brought to uniform size and blended into one whole presupposed by its parts. The mind can emulate the screen can emulate the laws of nature and feed them back to you. Crystalpunks are those wildstyle geniuses learning how to program crystalline molecules, pixels and neurons simultaneously. Listen to this carefully! We are the anarchohomunculi jezebels. We have come to give you little minds. Mind and matter can be synthesised in one noisy stroke and the crystalpunk movement is here to prove it. We have crystal-pistols and we are not afraid to use them. 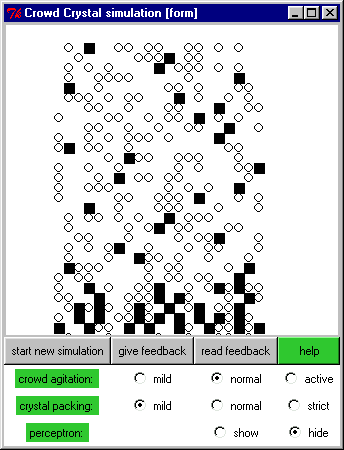 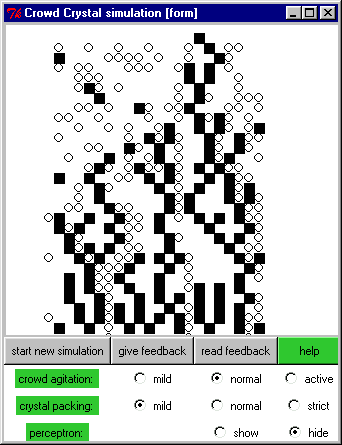 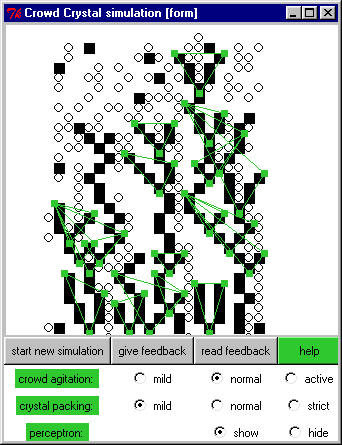