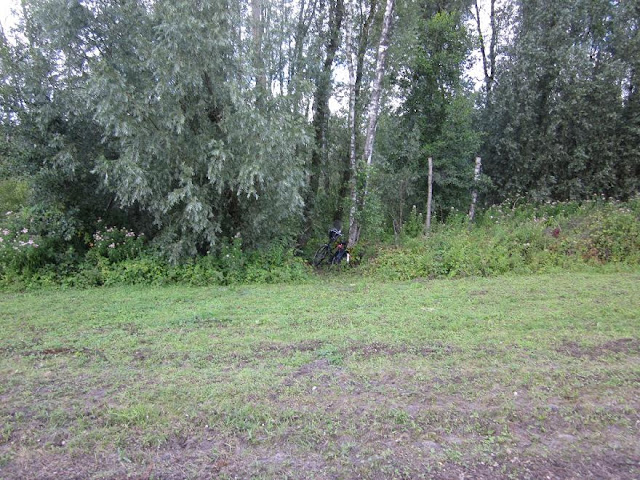 Exploring the industrial area 'Lage Weide' by bike I came across a tree-covered patch 150 meters in length and at best 30 meters in depth shaped like a half oval. It's enclosed by a pond with no name on one side and a busy road on the other. There seems to be no good reason for people to visit it, it's relatively isolated and there are no people living within a kilometre's radius, but maybe workers go there in their afternoon break because there was a clear trail, though, curiously, no waste. The trail started at the only entrance and described a circle of which the back-end came as close to the reeds hiding the water from view as close as possible without getting your feet wet. There was a smaller and circular trail moving away from the main circle but considerably less well trodden.
From the outside it didn't look like much but despite it's small size there were four markedly different segments to it: the waterside had it's reeds, the trails led through a tree-covered terrain that felt very like a real forest, an undisturbed and hermetic segment covered with dense blackberry and a segment with tall but dead birches. The many fallen trees added considerably to the drama of this cryptoforest. A mysterious little place that was both open and friendly to human visitors but at the same time the hospitality of a good trail prevents you from seeing the places in it where you can't go. I saw rabbits (and they saw me) but no birds. 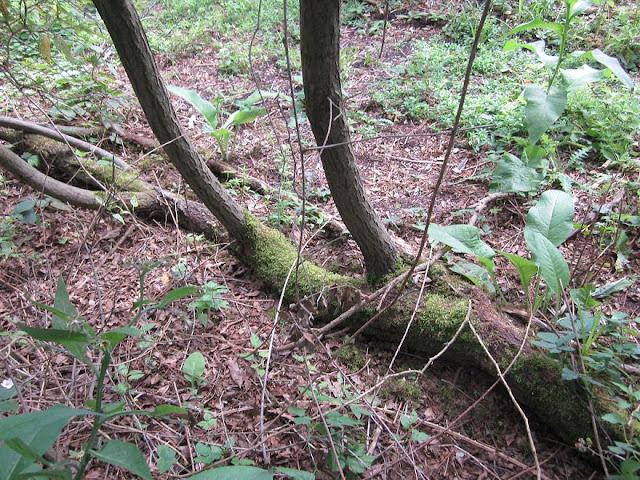 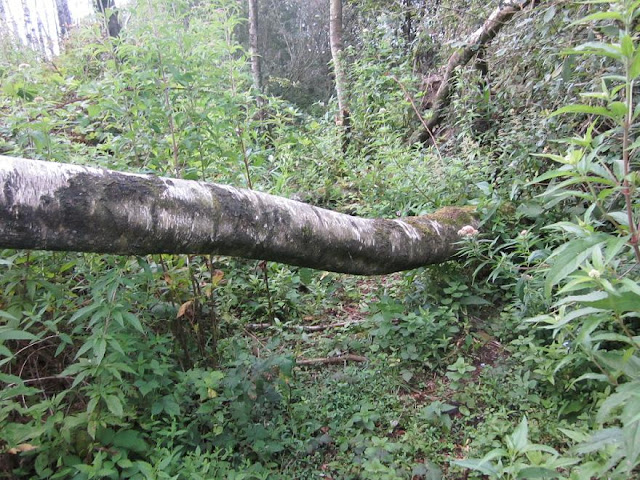 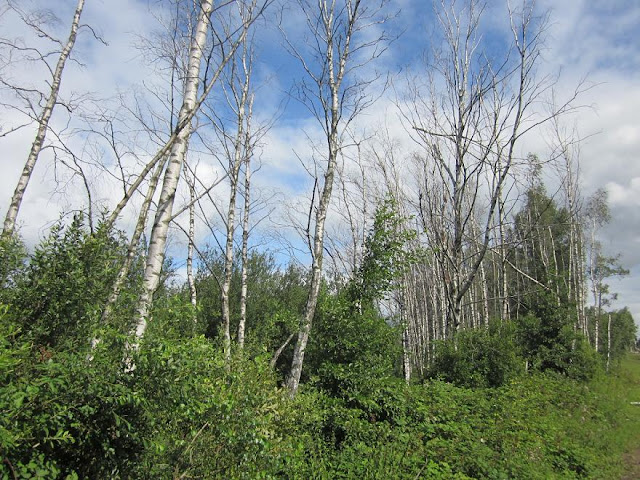 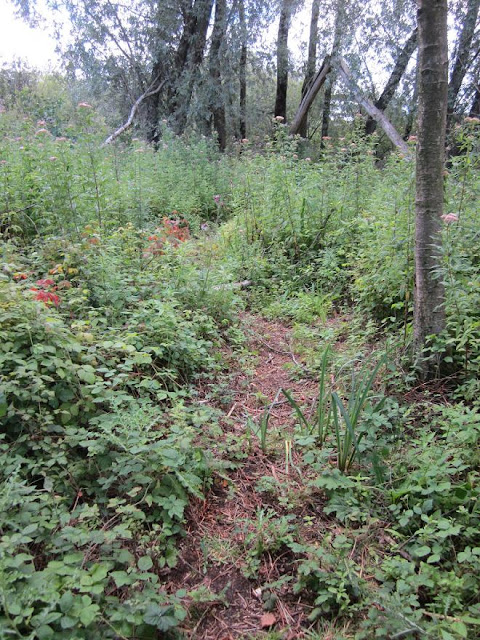 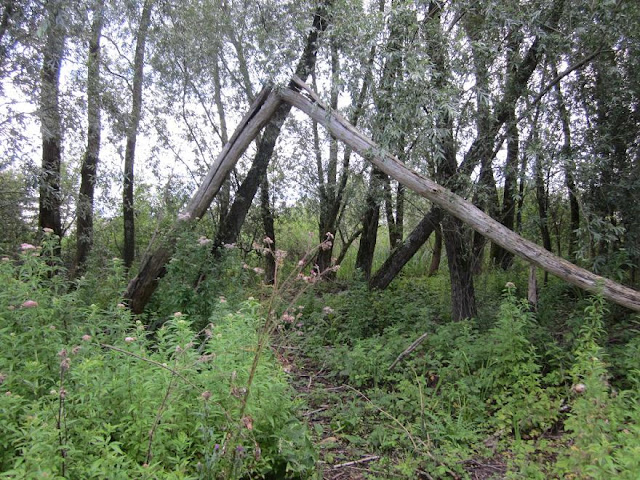 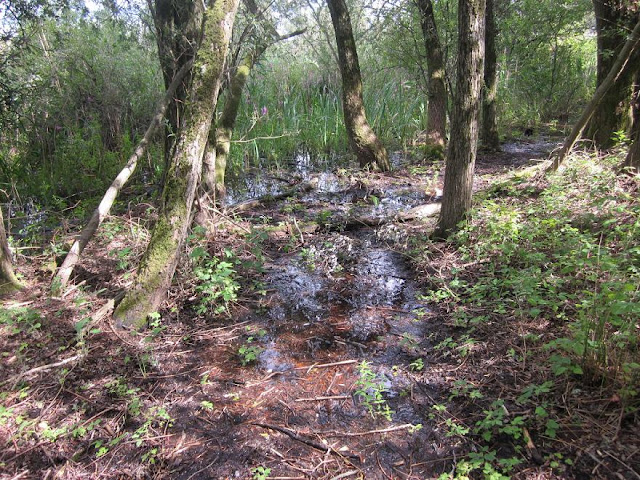 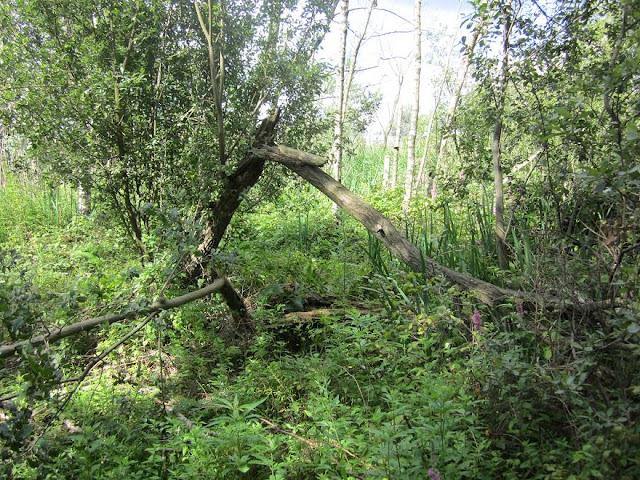 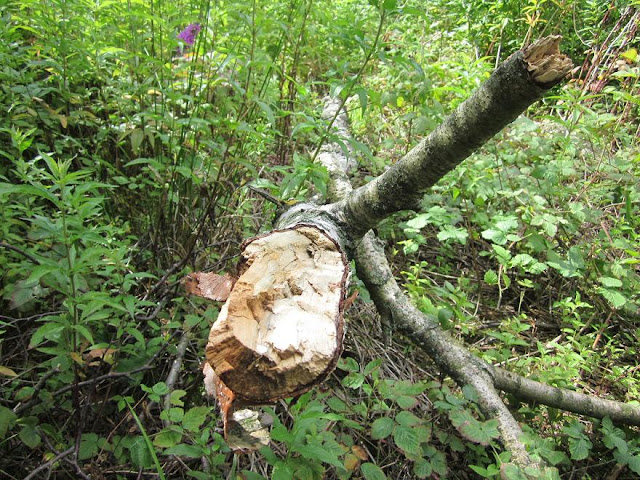 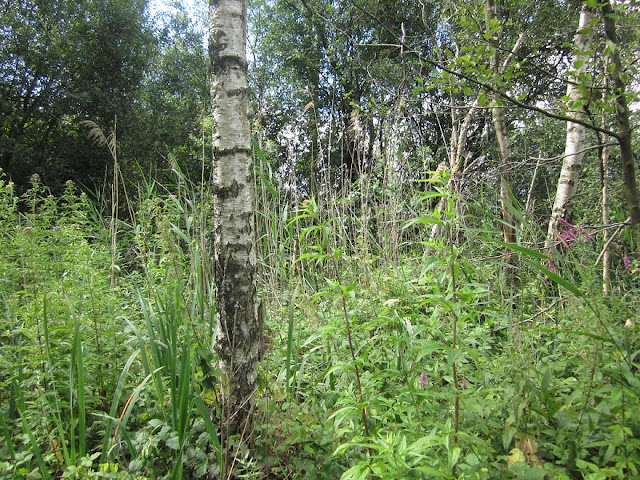 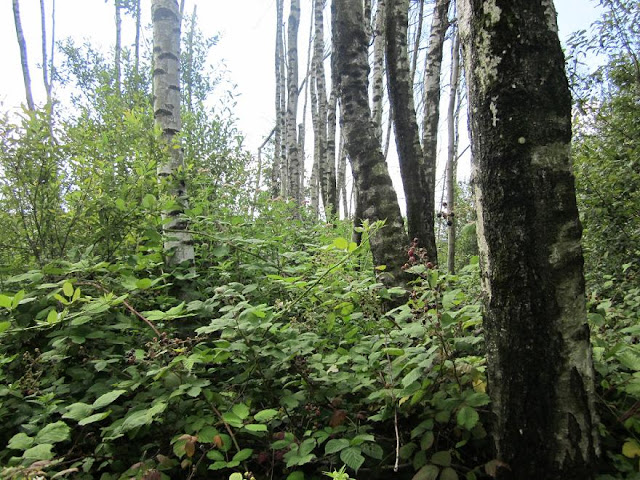 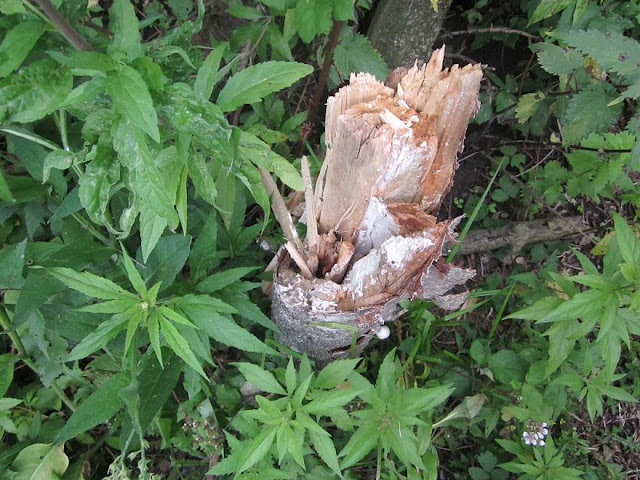 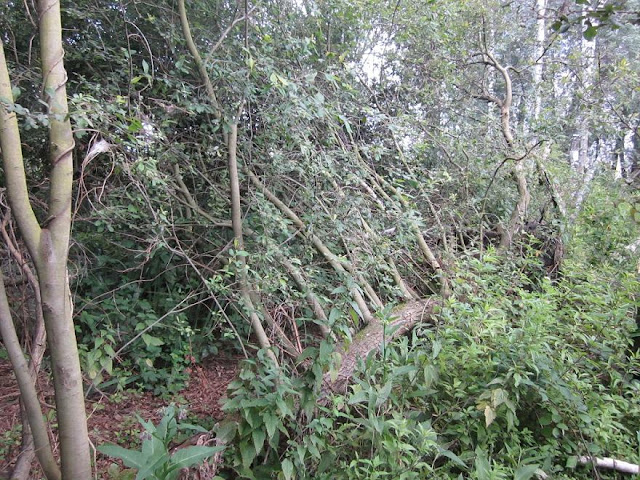 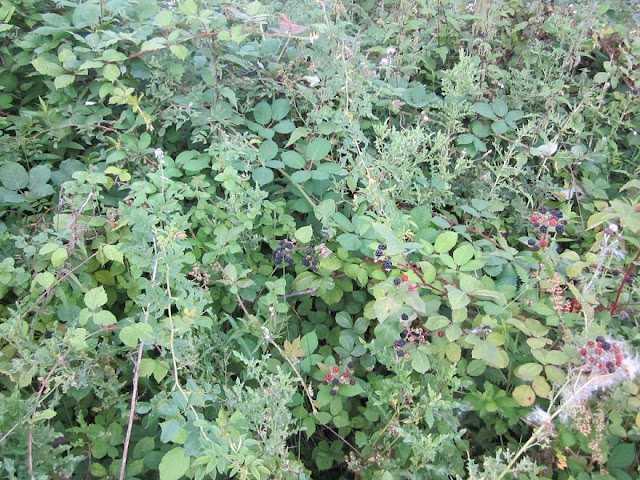