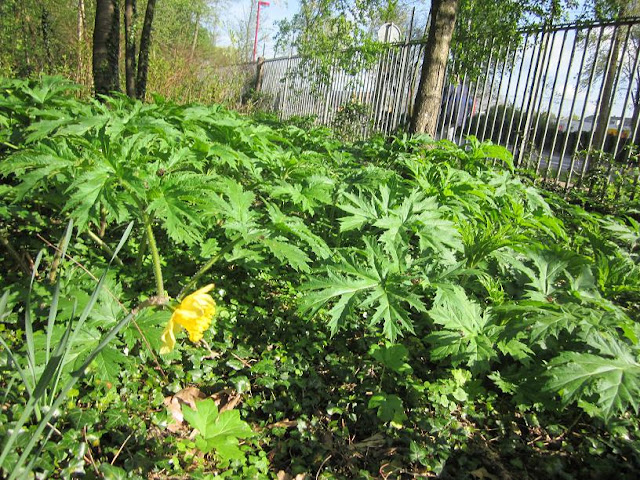 Just the other week the city of Utrecht announced the beginning of a new campaign to eradicate the burning and blinding giant hogweed with a special fungi that prevents the plant from spreading. To be frankly honest I had never seen a giant hogweed until a recent encounter with some fabulous and gigantic dried up species but it was love at first sight: the civilized and domesticated Dutch landscape need something to remind us that nature can be nasty and dangerous. I was placing my bets on the return of the wolf but the hogweeds is already here and much more likely to inflict damage. The city needs them.
It is the first principle of urban reforestation.
While on my way to check out the visibility of different soil types in the landscape I passed Park Transwijk. Right behind the entrance, locked between the fence and a chaotic treeline a little unmowed plot has emerged and it was teeming with young giant hogweeds. The field behind the trees had just been rigorously mowed by the look of it and I wonder if the hogweeds will be allowed the chance to grow to full size. 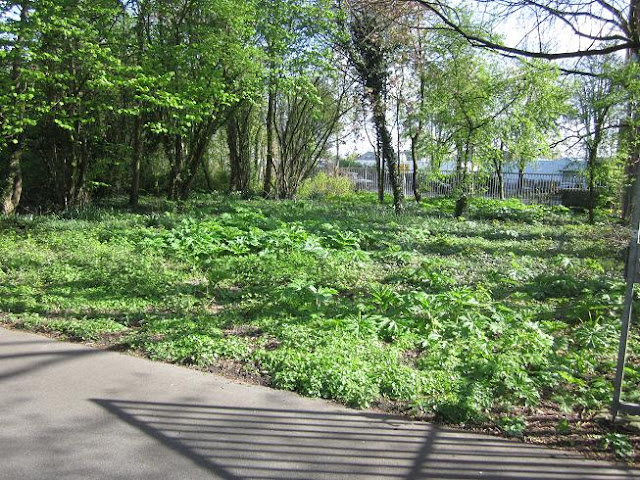 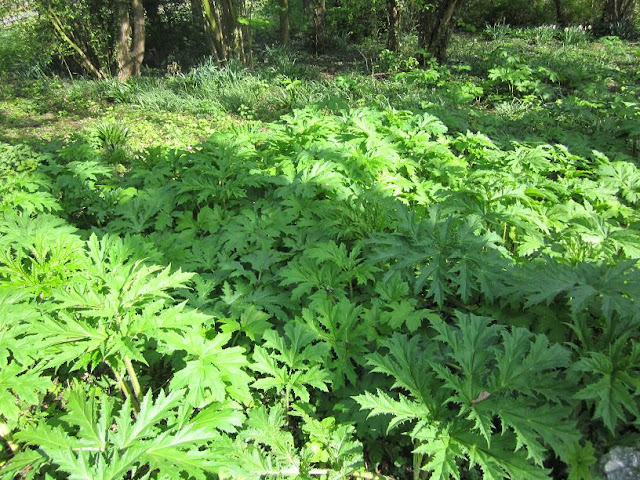