Paul Farley and Michael Symmons Roberts are two UK writers who haven taken it upon themselves to share their celebratory excitement for the unappreciated beauties of the 'edgelands' with a book. The term was first used by geographer and activist Marion Shoard who reviewed the book for the Guardian. The full title or their book is "Edgelands: Journeys Into England's True Wilderness" and as 'true wildernesses' they identify those fringes where urban and rural half-heartedly meet, like a random Surrealist encounter. An excerpt from the book published by the Independent shows that the edgeland-concept shares many similarities with the cryptoforest project:

The edgelands are a complex landscape; a debatable zone, constantly reinventing themselves as economic and social tides come in and out. If parts of remote rural Britain feel timeless, then the edgelands feel anything but. Revisit an edgelands site you haven't seen for six months, and likely as not there will be a Victorian factory knocked down, a business park newly built, a section of waste ground cleared and landscaped, a pre-war warehouse abandoned and open to the elements. Such are the constantly shifting sands of edgelands that any writing about these landscapes is a snapshot. There is no definitive description of the edgelands of Swindon or Wolverhampton – only an attempt to celebrate and evoke them at one particular time.
Time and again, we found a place that is as difficult to pin down and define as poetry, but like poetry, you'd know it when you saw it. It often contained decay and stasis, but could also be dynamic and deeply mysterious. Edgelands are always on the move.

Excellent! A bit later they write:

At other times – as in the work of some so-called psychogeographers – they [the edgelands] are merely a backdrop for bleak observations on the mess we humans have made of our lives, landscapes, politics and each other.

This must be the third occurrence this year of a UK writer-drifter-walker dismissing the field of psychogeography for being dark and aggressive and unpleasant. Remember Nick Papadimitriou's rant against the 'psychogeographical sneer' (earlier) and the "pschogeography is not that interesting anymore" line that I penned down from the lips of the great Hackney demiurg himself (earlier). Even though it is not entirely clear who is referred to in the quote (Sinclair? The London Psychogeographical Association? Will Self?) The point made is readily understandable and part of its historical heritage: the grimness of Situationist writing and the unapologetic political ideology behind it. Psychogeography started with people who were hateful and unfriendly out of principle. This is not to everybody's taste, especially now when being nice and palatable has become the norm.

Point taken.
However. Not in response to anybody or anything in particular, something must be said in favour of psychogeography in relation to the literary musings of urban nature writing. Psychogeography is not, and never was meant to be, about admiration for a landscape, about refined sentiments in good and civilized company. It is a non-academic field of study that seeks to be critical and projective, analytical and constructive, actively searching for ways to break down the unquestioned mental images of the city that we have, working towards lyrical alternative models for life and play in the cities that we should have. Psychogeographers want to understand how the landscape is made around us, by whom and by what right and philosophy. It is totally ok to find beauty in the edgelands as a psychogeographic exercise, but it is impossible to admire the way and by what standards and motivations they have come together. Politics won't go away no matter how hard you try to ignore it. Karl Whitney makes a similar point in his review for 3AM Magazine.
Good writing is incredibly hard, but writing about the world as it is from any chosen vantage point is one thing, trying to change it is something else entirely. You don't need to be a huge fan of Situationist writing to see that their work on Unitary Urbanism, underneath that veneer of depressing misanthropic Marxism, is filled with exciting fragments of thoughts, plans, and actions that all share their refusal to accept the city as it is. Over the years psychogeographers have shown a remarkable talent for juxtapositioning their own visions with the city as it 'objectively' is and this is where its future will be. The objective of psychogeography is to take part in the landscape and this is why it is different from the many manifestations of sightseeing. 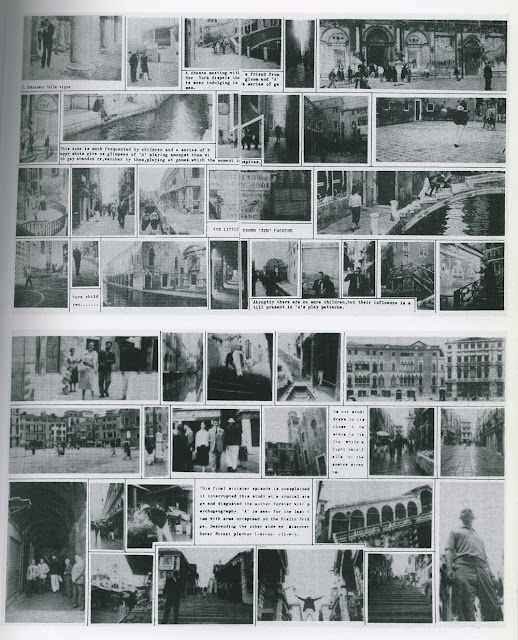