Utrecht is the nature reserve of the Netherlands 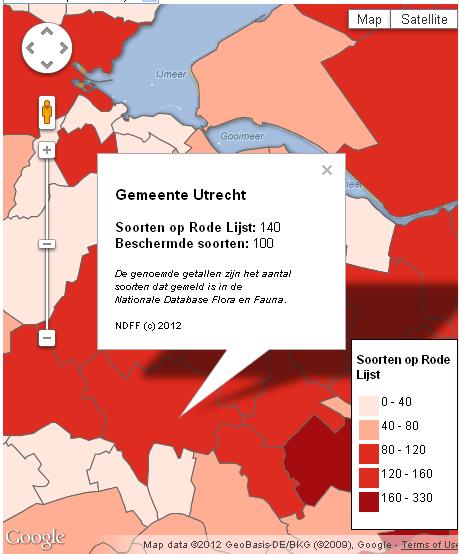 All major newspapers featured the headline "Amsterdam is becoming a nature reserve". The original source on the story goes even further and states that "Amsterdam is becoming the nature reserve of the Netherlands" (Sargasso, source of image). The article tells us about new data on the number of species on the red list (species threatened with extinction) for every municipality in the country. The general trend is clear: urban areas do a lot better than agricultural areas. The focus on Amsterdam however is misleading for two reasons. Amsterdam is not doing that well in comparison to the other big cities, and the big cities themselves are not the big scorers. Of the four biggest cities Amsterdam has the least red list species, if you would factor in size and population it does even worse.

Cities by population and species on the Red List