My Name is Hou Je Bek and I'm a Psychogeographer [edited] 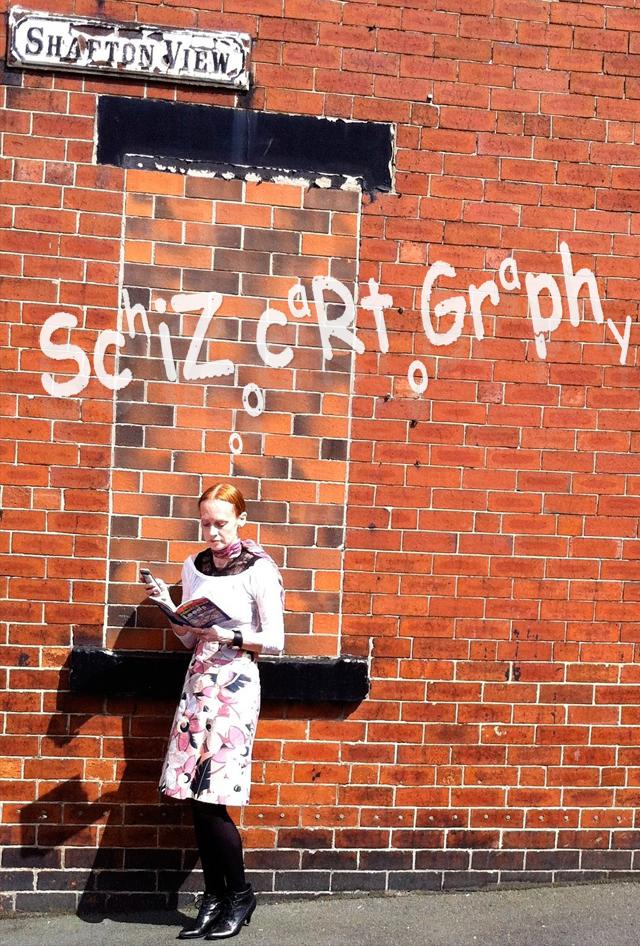 Just in today is Tina Richardson's paper "My Name is Tina and I'm a Psychogeographer: Situating the Addictions and Abuses of Urban Walking Today". From my perspective it is a very funny review of the experienced pitfalls of current psychogeographicness. It tries to come to grips with such eternal questions as: who is 'psychogeography' and who is a mere pedestrian and who is entitled to make such a decision. It covers the 'domination' of Iain Sinclair over the field as if he is the Jamie Beswick of the funny walk, the uncertain status of Will Self as psychogeographer, the tactic (or is it a strategy) to coin terms like Deep Topology or Schizocartography to set oneself apart, and in general how something that is as vaguely defined as psychogeography can be prevented from abuse by snobs and careerist fucks who use the word without ever having pained themselves with the anti-modernist sandpaper redemption of situationist-Marxism.

I recently asked my thesis supervisor what she thought about the increased popularity of psychogeography, as I am somewhat ambivalent about it myself. She thought it was a good thing, but I think she meant this in regards to my future career, because she believes I have caught the wave intime. My own ambivalence is hinged around a practise that I consider to be - by degree - subversive,underground, anarchic and operating against the grain.

In my experience psychogeography is continuously rediscovered, going through its own booms and busts. For many (students of art, urban planning and assorted disciplines) it's  a phase, a allegiance they grow out of after a while.

Another thing to be said is that there exists a huge field of of art that works with walking/exploration/mapping and often these people are paying lip-service to psychogeography without labelling themselves as such. Calling yourself a psychogeographer means placing yourself in a very specific tradition and not everybody, for various reasons, feels comfortable doing that. For others this cultish aspect of psychogeography is part of the appeal. In this light I find it remarkable that Will Self, as an established writer and media-celebrity whose books do terribly well, volunteers himself as a disciple (to use a big word) of a tradition that is bigger than all of us.

What did William Burroughs say about art: It's a three letter word. Psychogeography is a fifteen letter word, it's not a profession or a career or an occupation, it's an attitude like vegetarianism or protestantism which is important to people but not by necessity a reason for people (like vegetarians) to get along or agree on even the most basic facts of life.
op vrijdag, juni 15, 2012