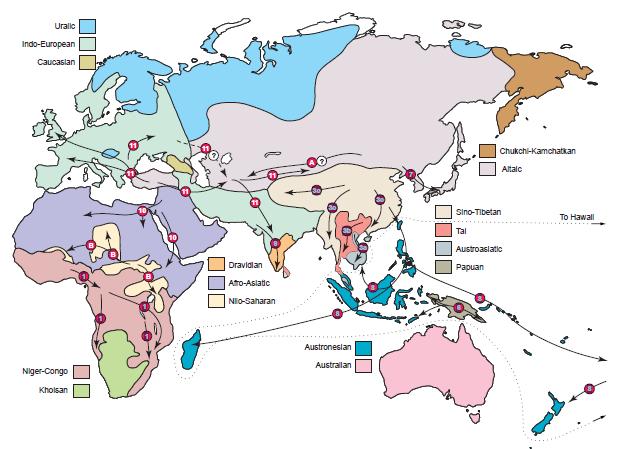 Diversity is in an undisputed worldwide crisis. In Europe, where we have long ago eradicated a staggering amount of it, we take biological and cultural poverty for granted, as a normal, even desirable, fact. We are conditioned to think of our mind as a single-language engine, learning another language is difficult and always far from perfect. Anthropological evidence however suggests that in a language-diverse social environment a good working knowledge (even if only passively) of 5, 6, 7 languages (and not just dialects) is routine. Scarcity of diversity, in our social and economic climate, is a downhill process of shifting baselines; quoting John Waldman:


Every generation takes the natural environment it encounters during childhood as the norm against which it measures environmental decline later in life. With each ensuing generation, environmental degradation generally increases, but each generation takes that degraded condition as the new normal. Scientists call this phenomenon “shifting baselines” or “inter-generational amnesia,” and it is part of a larger and more nebulous reality — the insidious ebbing of the ecological and social relevancy of declining and disappearing species.

The above Ethnologue statistics put a number on the linguistic impoverishment of Europe. In 'Farmers and Their Languages: The First Expansions' (2003) Jared Diamond and Peter Bellwood add many complicating factors obscuring the picture, but the general trend is clear: by exploiting a few selected types of plants and animals agriculture created power and this power translated into linguistic monocultures.

Until the end of the Pleistocene, all people on all continents lived as hunter-gatherers. Then, at different subsequent times between about 8500 and 2500 B.C., food production based on domestication of relatively few wild plant and animal species arose independently in at most nine homelands of agriculture and herding, scattered over all inhabited continents except Australia. Because food production conferred enormous advantages to farmers compared with hunter-gatherers living outside those homelands, it triggered outward dispersals of farming populations, bearing their languages and lifestyles. Those dispersals constitute collectively the most important process in Holocene human history.

The agricultural expansions ultimately resulted from three advantages that farmers gained over hunter-gatherers. First, because of far higher food yields per area of productive land, food production can support far higher population densities than can the hunter-gatherer lifestyle. Second, whereas most hunter-gatherer societies are mobile, most food-producing societies are sedentary and can thus accumulate stored food surpluses, which were a prerequisite for the development of complex technology, social stratification, centralized states, and professional armies. Third, epidemic infectious diseases of social domestic animals evolved into epidemic infectious diseases of crowded farming populations, such as smallpox and measles— diseases to which the farmers evolved or acquired some resistance, but to which unexposed hunter-gatherers had none. These advantages enabled early farmers to replace languages and societies of hunter-gatherers living in their main paths of expansion.