Mosquitoes as the cryptoforest's 'eco-system engineer' 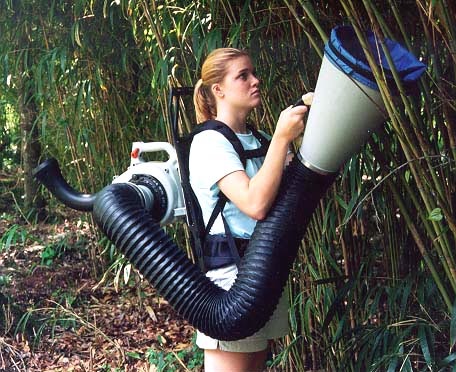 A recent article on the website of Nature magazine seems to argue (judged by the headline) that wiping out all mosquitoes would be an excellent idea without any unwanted side effects. The actual article is more nuanced, and such a project would probably only result in bugs that are even hardier.  What really struck me is the following comment left by a certain Gerardo Furtado:

I am Brazilian, and I've been in areas of the Amazonia where you cannot stay ten minutes in the jungle without going crazy because of the mosquitoes. If not for the mosquitoes, the forest would be more devastated than it already is (out of curiosity, there are several folk songs in the amazon where mosquitoes are celebrated as the defenders of the forest against humans).

That is a wonderful idea that allows us to think of the mosquito from the perspective of the ecosystem in which the mosquito is an ecosystem engineer with the extremely valuable contribution of keeping out the humans. Searching from here I discovered David Quammen's article 'Sympathy for the devil' in which he refines the point:

Clear the vegetation on the brink of a waterhole, move in with tents and cattle and jeeps, and Anopheles gambiae, not normally native there, wil arrive within a month, bringing malaria. Cut the tall timber from five acres of rainforest and, and species of infectious Aedes - which would otherwise live out their lives in the high forest canopy, passing yellow fever between monkeys - will literally fall on you, and begin biting before your chainsaw has cooled. Nurturing not only more species of snake and bird than anywhere else on earth, but also more disease causing microbe, and more mosquitoes to carry them, tropical forests are elaborately booby-trapped against disruption.

There is scientific research for this.


Anopheles gambiae are much more likely to survive in deforested landscapes than in intact, forested habitats (Tuno et al. 2005). Previous studies conducted in the Amazon indicated that malaria risk rose sharply during the late 1980s and 1990s (Aramburu Guarda et al. 1999). New evidence suggests that changes in forest cover, through effects on the distribution patterns of mosquito vectors, may have contributed to this upsurge in the disease. In particular, a recent project in the Peruvian Amazon examined the links between deforestation and the principle mosquito vector for malaria in South America, Anopheles darlingi (Vittor et al. 2006). This analysis suggests a direct relationship between the extent of deforested land and increasing biting rates of A darlingi. In fact, heavily deforested areas can see up to a 300-fold increase in the risk of malaria infection, compared to areas of intact forest, controlling for changes in human population density.

Rainforests may provide another valuable ecosystem service, moderating the risk of infectious disease by regulating the populations of disease organisms (viruses, bacteria, and other parasites), their animal hosts, or the intermediary disease vectors (most often insects or rodents). For example, the loss of forest cover may affect the abundance and behavior of mosquitoes – a common disease vector in the tropics – through changes in local habitat conditions. Individual mosquito species occupy unique ecological niches and can react rapidly to changes in habitat. For example, in Africa, the larvae of

﻿
﻿  A recent study on a deforested area in the Amazon has the most detailed statistics:


The report, which combines detailed information on the incidence of malaria in 54 Brazilian health districts and high-resolution satellite imagery of the extent of logging in the Amazon forest, shows that clearing tropical forest landscapes boosts the incidence of malaria by nearly 50 percent.
"It appears that deforestation is one of the initial ecological factors that can trigger a malaria epidemic," says Sarah Olson, the lead author of the new report and a postdoctoral fellow at the Nelson Institute, Center for Sustainability and the Global Environment.

The clearing of tropical forests, say Olson and senior author Jonathan Patz of the University of Wisconsin School of Medicine and Public Health, creates conditions that favor malaria's primary carrier in the Amazon, the mosquito Anopheles darlingi, which transmits the malaria parasite if it draws its blood meals from infected humans.

"The deforested landscape, with more open spaces and partially sunlit pools of water, appears to provide ideal habitat for this mosquito," Olson says, noting that Anopheles darlingi has been shown to displace other types of mosquitoes that prefer forest and that are far less prone to transmit malaria. 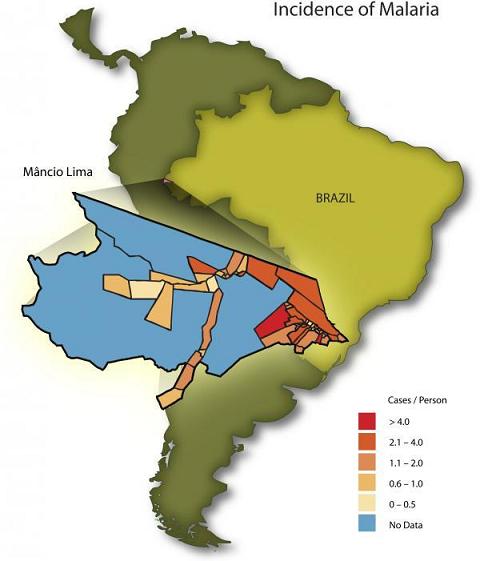 The Bill and Melinda Gates foundation has made the fight against malaria one of
their top prio's.

Malaria causes nearly 1 million deaths per year, and 85 percent of those who die are children under 5 years of age. Ninety percent of malaria deaths occur in Africa, where the financial cost of malaria is crippling economic development due to the high cost of medicines and reduced productivity.

In 2008 the Foundation pledged $200 million dollars to six projects in order to have a working vaccine by 2025. Their solutions to Malaria are however all technical; no mention is made of deforestation.
From my cryptoforest groupwalks I know that mosquito clouds are very convincing when it comes to sending us out. At one time someone refused to move any further because of the skeeters, we left him behind, the coward. From Wikipedia we learn that the cryptoforest might be especially eligable for healthy mosquito populations because of the edge-effect. 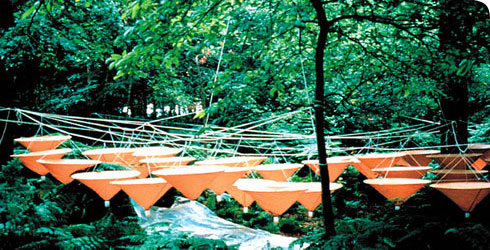 The Alaskian Tlingit have an interesting myth on the origin of mosquitoes that can be read in several ways (is one man-eating giant better than a swarm of mosquitoes? a danger destroyed can always return even more deadly? the inability to fully predict the consquences of your actions?) but that makes psychological sense:


Long time ago there was a giant who loved to kill humans, eat their flesh, and drink their blood. He was especially fond of human hearts. "Unless we can get rid of the giant," people said, "none of us will be left," and they called a council to discuss ways and means. One man said, "I think I know how to kill the monster," and he went to the place where the giant had last been seen. There he lay down and pretended to be dead.

"I'm about to make sure that you never eat anyone again." He cut the giant's body into pieces and burned each one in the fire. Then he took the ashes and threw them into the air for the winds to scatter. Instantly each of the particles turned into a mosquito. The cloud of ashes became a cloud of mosquitoes, and from their midst the man heard the giant's voice laughing, saying: "Yes, Ill eat you people until the end of time. "As the monster spoke, the man felt a sting, and a mosquito started sucking his blood, and then many mosquitoes stung him, and he began to scratch himself.