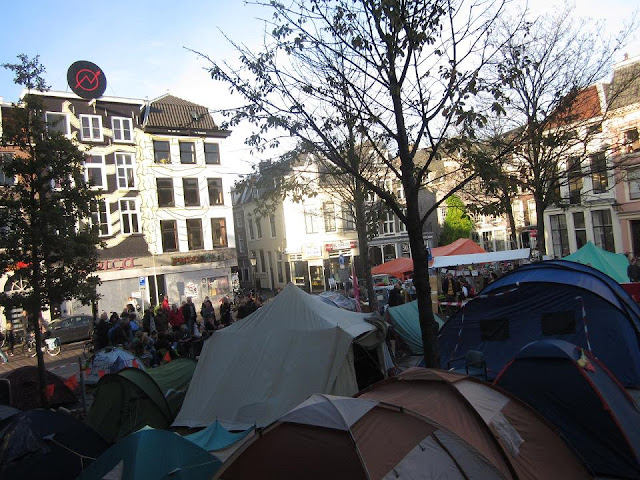 It was purely by chance that I cycled passed the Ganzemarkt in front of city hall last Monday and learned, not a little surprised, that Utrecht has its own Occupy camp! It looked a bit paltry, but most things do on a Monday morning.


Although people are claiming it already only time will tell if Occupy really is the most important political movement of the last thirty years. It is easy to criticize #occupy and it is even easier to be nuanced and non-committal but the silk footed preciousness of intellectuals who offer bemused sympathy but no support (as done in magazines and newspaper columns and TV reports) shows a worrying refusal to reveal true colour.

The cardinal rule is that a culture in decline will need to look outside itself to freshen itself up. The Occupy movement is a good example of this. The idea for setting up tent camps comes from Tharir Square, the general assembly model is inspired by Quaker public worship (for the Indignadas) and ethnographic fieldwork done in Madagascar (for #ows) and this is one of the reasons, for me, that it is such an interesting phenomena.

Occupy is an experiment and like all experiments it is undertaken in the realization that failure is a real possibility. It adds to the excitement and the willingness to take risks itself speaks of the desire for change.
This Saturday (Nov. 5th) I went back to the camp to have a proper look and it was a good day to do it because there was a festival going on with music and poetry (!, remember the call for #occupoetry) and a discussion. The discussion was in full swing when I arrived and I enjoyed the sight. I was in a hurry and I didn't listen but I could see that the inner circle (campers, and I even saw the proverbial mongrel dog) were joined by an outer circle (a bit older, a bit more respectably dressed) who looked like people randomly passing unable to withstand the temptation of curiosity to join in to listen and maybe to speak. It was a busy Saturday afternoon and many people passed the camp. I heard some people sigh ("ohhh the silliness has arrived here too") but I was under the impression that the majority of people took notice with a certain degree of approval. It will be great to see how this develops. 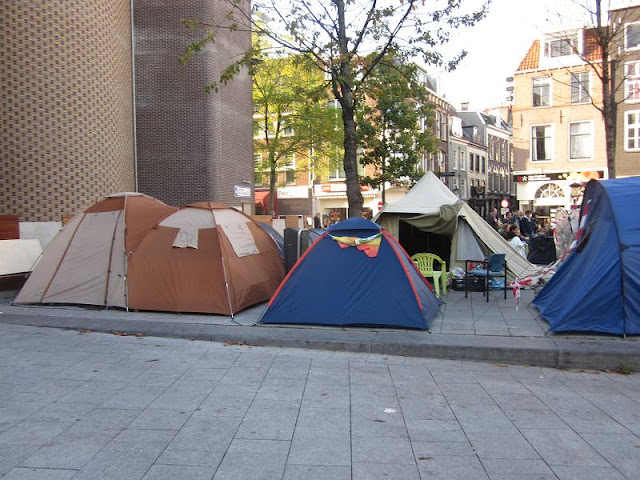 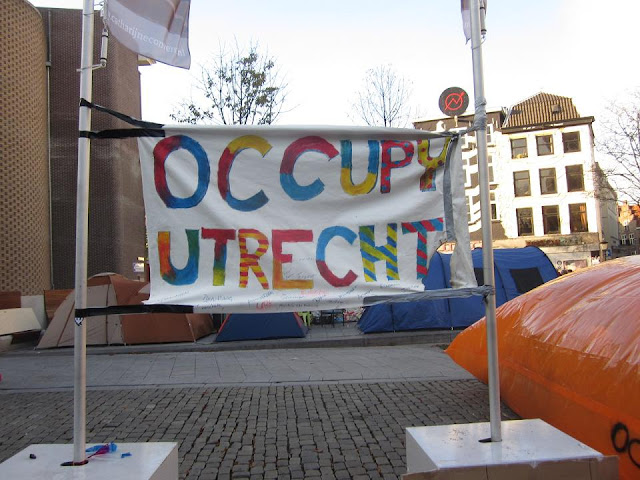 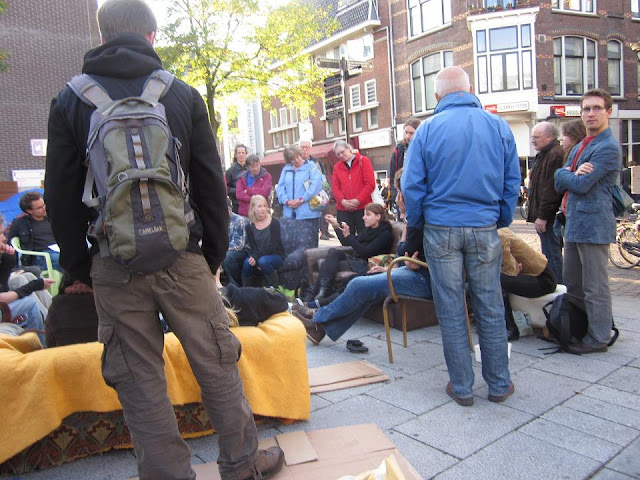 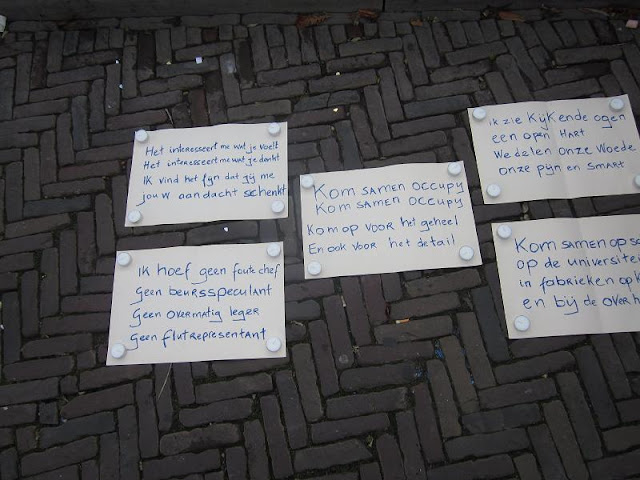 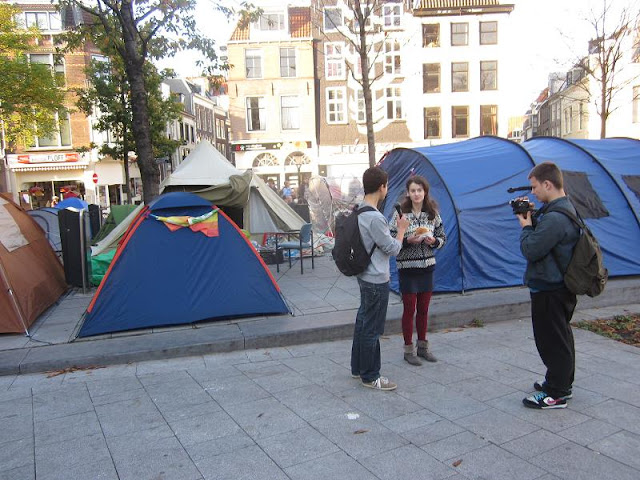 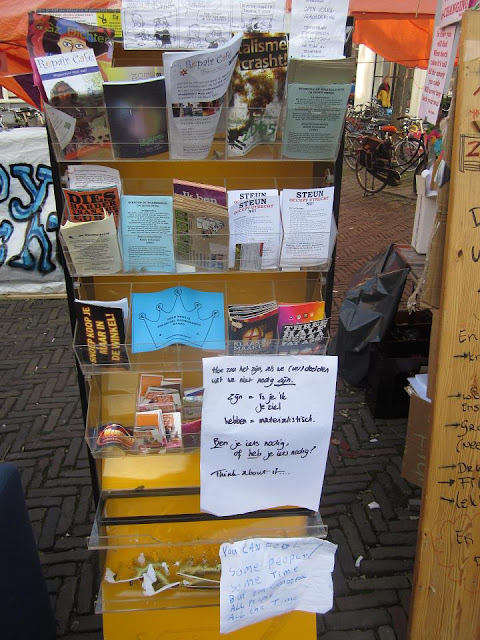 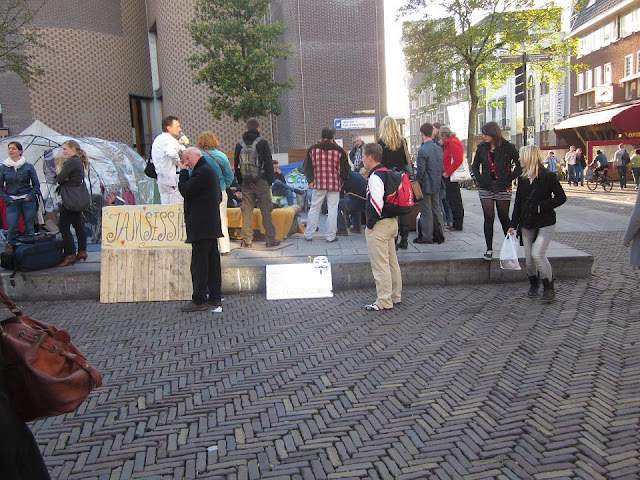 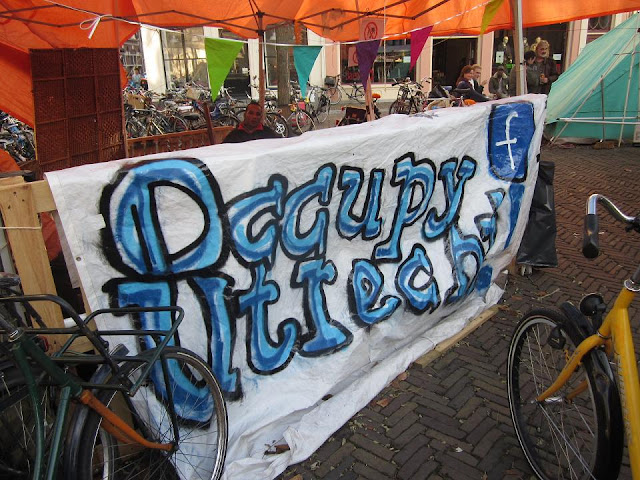 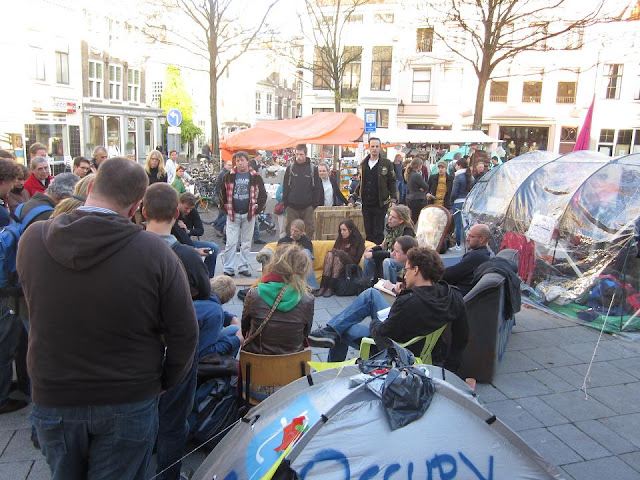 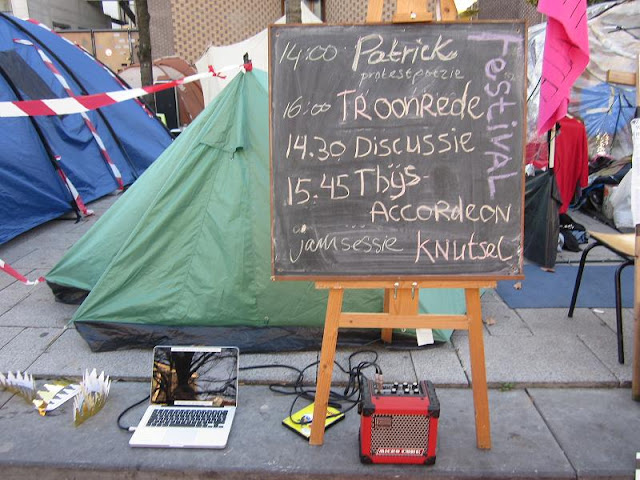 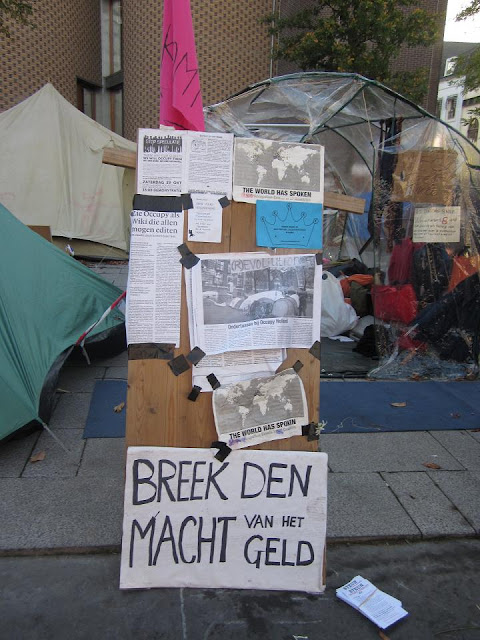