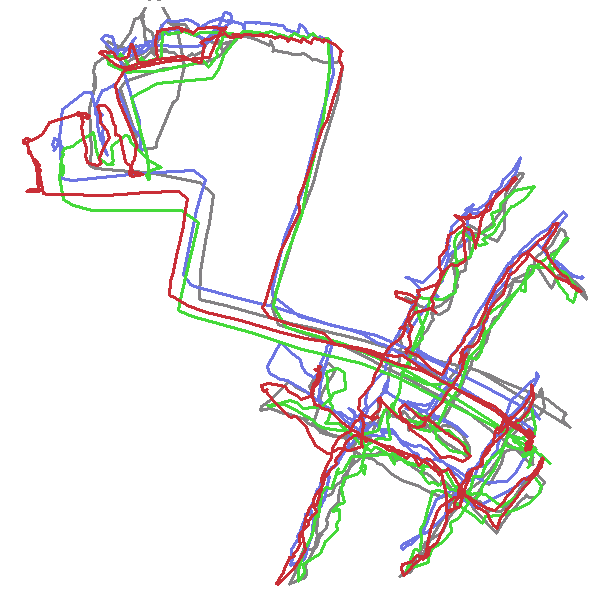 Overlay of four GPS traces of one of my three postal rounds, click to enlarge. The overlay was made manually by stacking the individual tracings for *artistic* effect. This round consists of two distinct parts. One part is a collection of five streets in the top left corner, the second part is at the right. You can clearly discern the difference between me biking back and forth and me delivering on foot.

Even though I am recording points at maximum rate the device fails to keep up with my meandering through broad streets and garden paths.The trace below, from my round in Garden Village shows what I mean. Here the streets are all completely straight and nearly every house has a front garden and from the trace you would expect to see this, but instead the lines haphazardly average out as lines on a polygraph. Maybe I should slow down. Now You understand why things could have been worse. 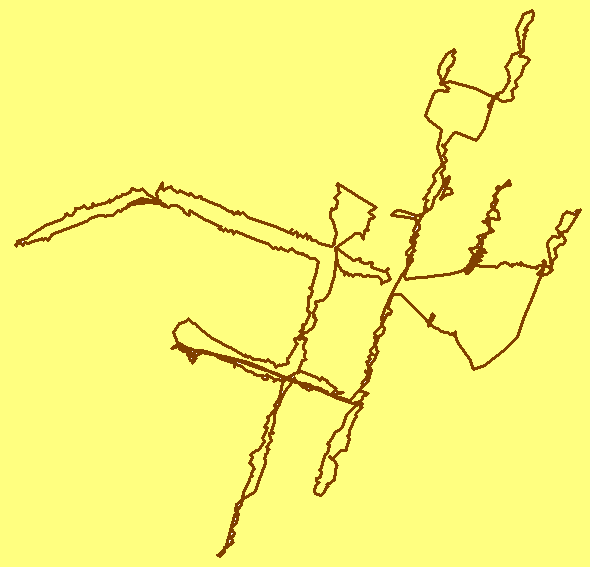