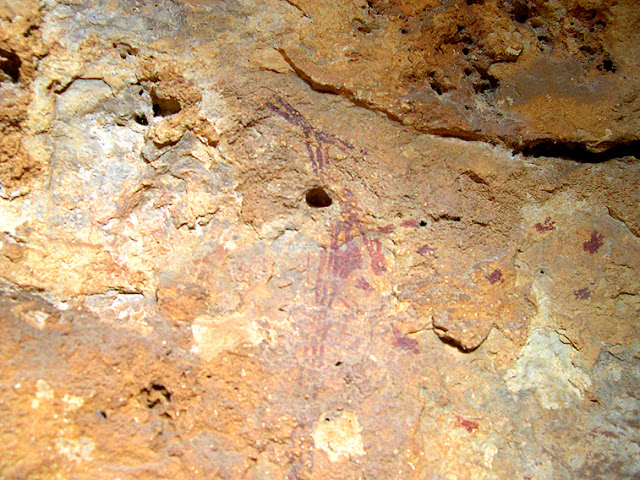 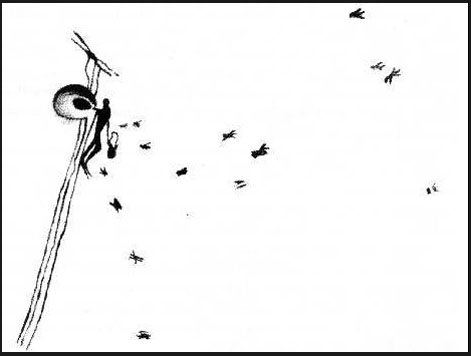 Near Valencia can be found the Cuevas de la Araña, a cave-system that contains 8000 year old images of hunting-gathering scenes: goat hunting and honey gathering.

Even though Maguelonne Toussaint-Samat's History of Food (800 pages small-print, first edition 1987) begins with 'gathering' she has remarkably little to say about it and what she does say usually is only about the things that would become the first staple crops of agriculture. She begins the segment on gathering with the gathering of honey and that is an odd choice because honey, in an otherwise sugar free diet, is the ultimate prestige food of hunter-gatherers. For instance, here is what Napoleon Chagnon writes about the Yanomami of Venezuela in 1968:

"Wild honey is one of the most highly prized foods of all, and the Yanomamo will go to great extremes to get it. Should someone spot a bee's nest, all other plans are dropped and honey becomes the priority of the day. One can usually assume that when someone returns to the village later than expected, he has been detained because he ran into a cache of honey."

You can't really extrapolate but why would someone make the effort to paint a honey collecting scene if it wasn't important to him or her?

It is typical though that a modern-day historian can give a festive food a key position while food stuffs of far greater importance are completely ignored. If you are willing to take up the comparison with hunter-gatherers as they are living on in our own times Toussaint-Samat is essentially wiping out thousands of years of woman's labour in exchange for a few good moments.
op vrijdag, januari 20, 2012